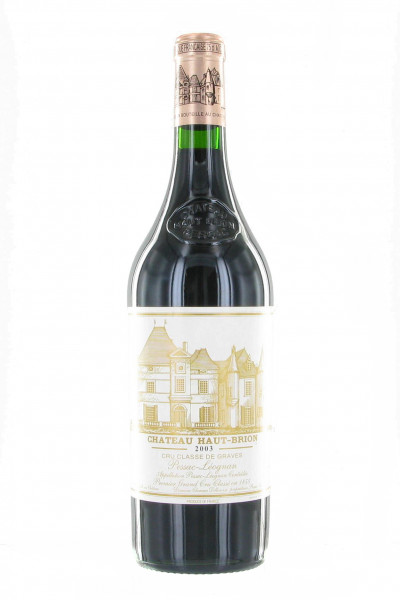 Beschreibung
Beschreibung
1er Grand Cru Classé. Robert Parker: There are 10,500 cases of the 2009 Haut-Brion, from a blend... mehr
Menü schließen

1er Grand Cru Classé.
Robert Parker: There are 10,500 cases of the 2009 Haut-Brion, from a blend of 46% Merlot, 40% Cabernet Sauvignon, and 14% Cabernet Franc. For technicians, the highest ever natural alcohol, 14.3%, was achieved, with a pH of 3.9, which is about the same as the 1989 and 1990, as well as 1959. This is the kind of wine to send chills even up my spine, and I have been tasting here for nearly 30 years. An extraordinary nose of plum, blueberry, raspberry, crushed rock, and that intriguing floral as well as unsmoked cigar tobacco note (a classic sign of this terroir) is followed by a wine of creamy unctuosity reminiscent of 1989, but there is a freshness, vibrancy and precision that is historic and possibly unprecedented. Some graphite emerges as the wine sits in the glass, but the wine is very thick while at the same time precise and elegant. This is the quintessential expression of one of the greatest wine terroirs of the world. To reiterate, the good news is that there are going to be 10,500 cases of Haut-Brion in 2009, which is about 1,500 more cases than the 9,000 produced in 2005. This wine will probably need 7-8 years of cellaring when released and evolve as well as the 1959 has (which is still a perfect wine today), so we’re realistically talking 50-75 years when stored in a cool cellar. (Tasted once.). 98-100/100 Punkte